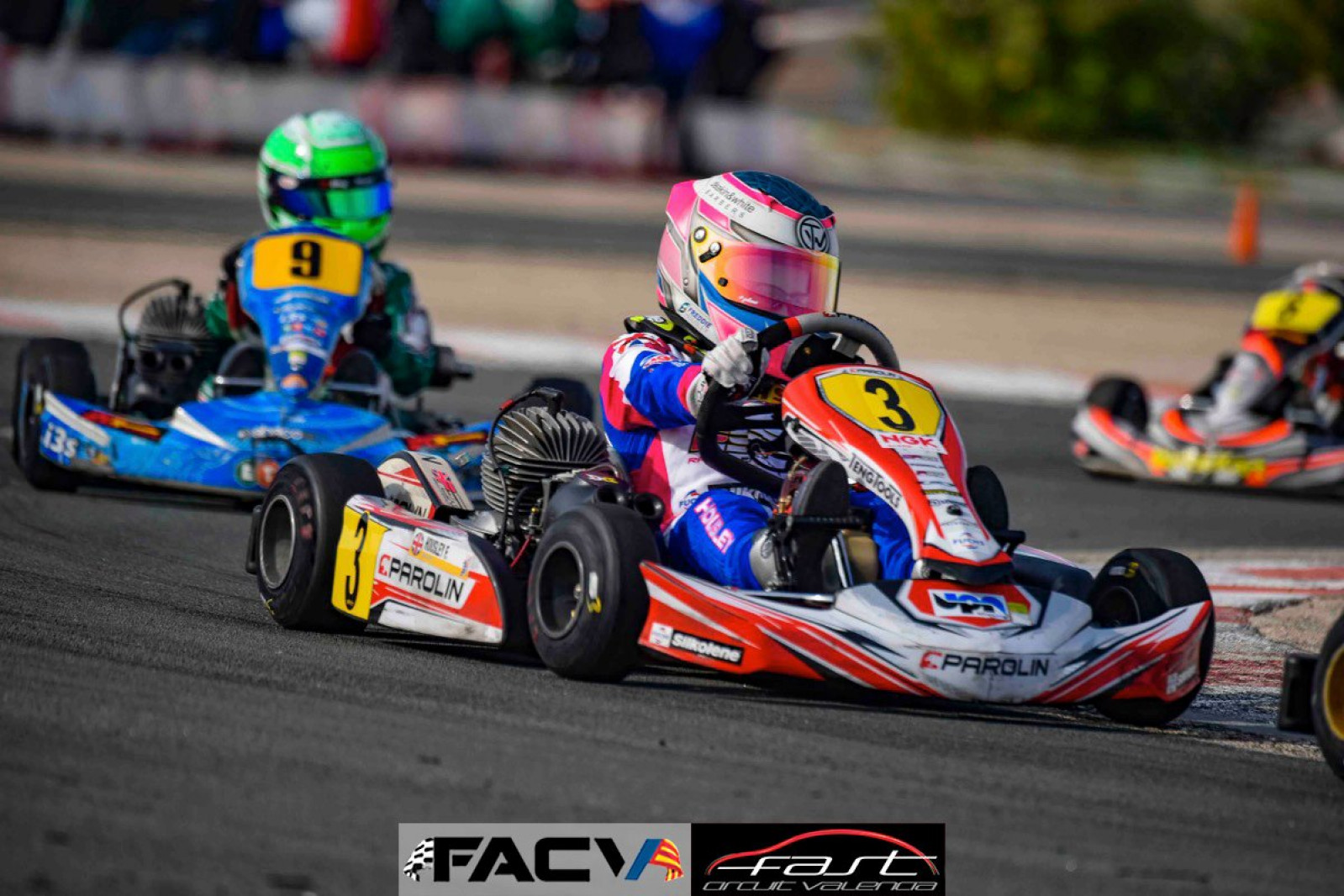 The Made in Group proudly sponsor Freddie in his Go-karting endeavours, and are pleased to announce his confidence is back and performing better than ever, After struggling with self-doubt in Salbris and the ROK world final in Italy.

Before the challenge at the Riccardi Tormo Circuit, Father Dave Housely, Managing Director of Fastlok, told the Made in Group that he did some testing on various UK tracks in different weather conditions to increase his confidence. Dave said:

“After some practice on different styles of circuit, he started to show signs of his old self and the smile returned, so we decided to enter him into a race in Valencia to see how it would go.”

The Championship in Valencia began with a timed practice for the first day, a different format Freddie used to. Throughout the practice, he was posting the top ten finishing times all day.

The second day involved a ten-minute practice followed by a qualifying session of two laps, where he achieved 5th place. He then followed this up by finishing 5th in Final 1, staying in the top 10, Freddie also finished 7th in the final 2. Dave said:

“To see his beaming smile after both races were fantastic. I think we can say his confidence has returned and this race was a Brilliant way to end his 2019 first season of European racing and he was singing all the way to the airport!”

Freddie will not be racing now until February 2020 for the lame Euro series winter cup. He is now taking a rest from driving and will begin testing at a different track in Valencia in the new year.

Attend Made in Group's Wednesday Webinars, register by clicking the link below